A selection of recent headlines makes the scope of the current biodiversity crisis alarmingly apparent. According to The Guardian, “Plummeting insect numbers ‘threaten collapse of nature.’” National Geographic claims that “Ocean species are disappearing faster than those on land.” A report this year by the UN’s Intergovernmental Science-Policy Platform on Biodiversity and Ecosystem Services (IPBES) announced that one million species are at risk of extinction, including 40% of amphibians and 33% of reef-forming corals. Moreover, a study by the World Wildlife Foundation revealed that vertebrate populations have declined by an average of 60% since 1970. In her Pulitzer Prize-winning book The Sixth Extinction, the journalist Elizabeth Kolbert describes how humans are the main agents of an ongoing extinction event—the sixth in the history of life on earth.

For the 2019-2020 Honors College Solutions Lab, participating students are asked to formulate proposals designed to mitigate the losses of the sixth extinction. Addressing the biodiversity crisis will necessarily require interdisciplinary expertise and cooperation. Accordingly, the theme encourages collaboration across majors and learning styles. Proposals could include new policy frameworks, marketing campaigns to raise awareness, creative uses for new technologies or the strategic implementation of land use methods informed by indigenous knowledge. Students will refine their proposals through discussions with a group of faculty consultants drawn from across the university.

To inspire students to think about this year’s Solutions Lab topic, the Honors College will host a series of guest speakers from different fields that are actively confronting the problem of mass extinction. In October 2019, the architect Joyce Hwang will demonstrate how urban spaces might be redesigned to accommodate the needs of plants and wildlife. From towers built for bees to glass windows made safe for birds, Hwang will discuss the potential contributions of architecture in creating resilient urban ecosystems. In 2020, the Honors College will host a screening of the new documentary film Anthropocene: The Human Epoch, as well as a conversation with the film’s award-winning director, Jennifer Baichwal. The film confronts viewers with the consequences of anthropogenic change on a planetary scale by depicting the beautiful yet terrifying landscapes that have come to characterize the new geological age tentatively called the Anthropocene. 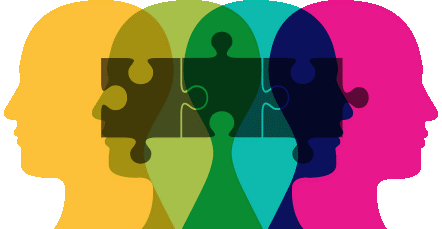