WEST LAFAYETTE, IND. – A record number of Purdue students have been awarded the Astronaut Scholarship and will be presented the awards by NASA astronaut and Apollo 13 veteran Fred Haise. The Astronaut Scholarship is given by The Astronaut Foundation (ASF), which was created in 1984 by the six surviving Mercury 7 astronauts. The scholarship is known nationwide for being among the highest merit-based monetary scholarships awarded to undergraduate students in science, technology, engineering and math to a closed circle of universities.

Purdue, a longtime member institution, is unique in offering three Astronaut Scholarships to its students. The ASF has awarded an Astronaut Scholarship to a Purdue student since 1987, now named in honor of Purdue Astronaut Gene Cernan and sponsored by Jim Hays. This year, a second and a third scholarship will be awarded. One is sponsored by Kathy and Dick Covey and The Covey Love Legacy Fund. The other is sponsored by Marc and Sharon Hagle, and was announced in fall 2019. The scholarship amount, which was $10,000, has been increased to $15,000. Astronaut Scholars also have the opportunity to network with fellow scholar alumni and ASF member astronauts, and are honored at the Innovator’s Gala, an event that was virtual this year on Aug. 20 and 21.

“These students are already making new and exciting contributions to their fields through their relentless pursuit of the next giant leaps in health care, genetics and aviation,” said Jay Akridge, provost and executive vice president for academic affairs and diversity. “Their contributions deserve to be recognized, and I’m thrilled that both the Astronaut Scholarship Foundation and Mr. Haise will be helping us do just that.”

As a NASA astronaut, Fred Haise flew on the aborted Apollo 13 lunar mission in 1970, spending 142 hours and 54 minutes in space before returning safely to Earth. This year is the 50th anniversary of that mission. He also served as a backup crew member for the Apollo 8, 11, and 16 missions. Among his awards are the Presidential Medal of Freedom, the Haley Astronautics Award, the General Thomas D. White Space Trophy, the NASA Distinguished Service Medal, the NASA Exceptional Service Medal, and the NASA Special Achievement Award.

Haise will present the awards to these scholarship recipients in a special virtual event at 5:45 p.m. Oct. 21. The event will be streamed live on the Honors College YouTube page. In addition to an interview with Haise by Purdue aeronautical and astronautical engineering faculty member Steven Collicott, the event will feature a presentation of the awards to the three students and a live Q&A with Haise. Students are invited to participate and ask questions. This event is part of the Honors College Visiting Scholars program, which features engaging events with interdisciplinary scholars from a wide variety of fields. 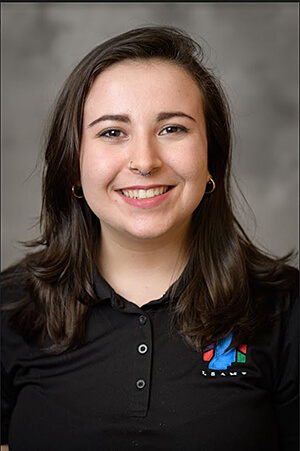 Maia Clare, from Glenshaw, Pennsylvania, is a senior in the College of Science with a major in genetics. She is the recipient of the scholarship sponsored by Dick Covey and The Covey Love Legacy Fund. As an undergraduate student, she has participated in research supported by the National Science Foundation, focused on the development of pathogenic immune cells during disease. Her professors describe her work as having important implications in the field.

“In my pursuit of developing treatments that are inclusive to all, I have received meaningful support and support others from underrepresented backgrounds as a mentor, panelist, friend, ambassador, and leader in diversity and inclusion programs on my campus,” Clare said.

Her diversity work also is applauded. This includes serving as president of the Purdue Association of Multicultural Science Students, mentorship as part of the BoilerMentor Multicultural Science Programs, and being appointed research scholar of the Louis Stokes Alliance for Minority Participation.

“Through these experiences, I have learned about my own ignorance to the hardships of others, including the widening health gap between white and non-white people in the U.S. and globally,” Clare said. 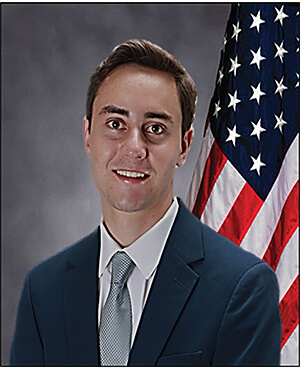 Zachary Marshall, from Orland Park, Illinois, is a senior in the College of Engineering, the Honors College, and the Purdue Polytechnic Institute, with majors in aeronautical and astronautical engineering and aerospace financial analysis. He is the recipient of the scholarship sponsored by Jim Hays in memory of Gene Cernan. With experience in three Purdue colleges, he focuses on a broad array of issues in aviation, from the technical details to problem-solving to management.

“I am committed to future research in investigating and mitigating the frequency and severity of uncrewed aerial vehicle separation conflicts in the national airspace system,” he said. “Fueling my flame of research ambition through an allegiance to academic excellence, I strive to elevate the future of our transportation networks.”

He has worked in multiple Purdue aviation design teams, including as a founder and recruiter, as well as a chief engineer, and is also the president of the Purdue chapter of the American Institute of Aeronautics and Astronautics. On the management front, he placed second in the nationwide Airport Cooperative Research Program University Design Competition, in which the Federal Aviation Administration judged teams on airport planning. His research focuses on UAV (uncrewed aerial vehicle) systems. 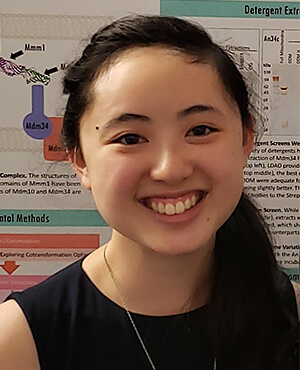 Lindsey Wilson, from Boonville, Indiana, is a senior in the College of Science pursuing a major in genetics. She is the recipient of the scholarship sponsored by Marc and Sharon Hagle. Wilson has conducted research on phage folding in the lab of Nicholas Noinaj, an associate professor of biology. She was also an intern at the National Institute of Diabetes and Digestive and Kidney Diseases, one of the National Institutes of Health.

“My future research lies at the leading edge of genomic discovery, where there are few standard experimental procedures,” she said. “Since a wide range of genetic mutations exist, almost never can the same methods be relied on in the research of genetic disorders. Essentially, I must choreograph an experimental sequence that turns my questions into discovery.”

This is not the first time her research has been recognized with a prestigious scholarship. She was awarded the Goldwater Scholarship in the spring of 2020.

The National and International Scholarships Office (NISO), which is housed in the Honors College, supports all Purdue students in applying for prestigious scholarships. Students interested in such awards are encouraged to reach out to the NISO office by email at niso@purdue.edu, or to visit the NISO website at www.purdue.edu/niso.

Purdue University is a top public research institution developing practical solutions to today’s toughest challenges. Ranked the No. 5 Most Innovative University in the United States by U.S. News & World Report, Purdue delivers world-changing research and out-of-this-world discovery. Committed to hands-on and online, real-world learning, Purdue offers a transformative education to all. Committed to affordability and accessibility, Purdue has frozen tuition and most fees at 2012-13 levels, enabling more students than ever to graduate debt-free. See how Purdue never stops in the persistent pursuit of the next giant leap at https://purdue.edu/.