West Lafayette, Ind. — Members of the Honors College Racing Crew are not just masters of the track, they’re also adept at juggling schedules. On top of rigorous Honors College coursework, each member spends an average 4-7 hours in the shop each week analyzing, assessing and assembling the go-karts they will race in Purdue’s 62nd Grand Prix. This is the team’s third year competing and the first time it will race two karts. 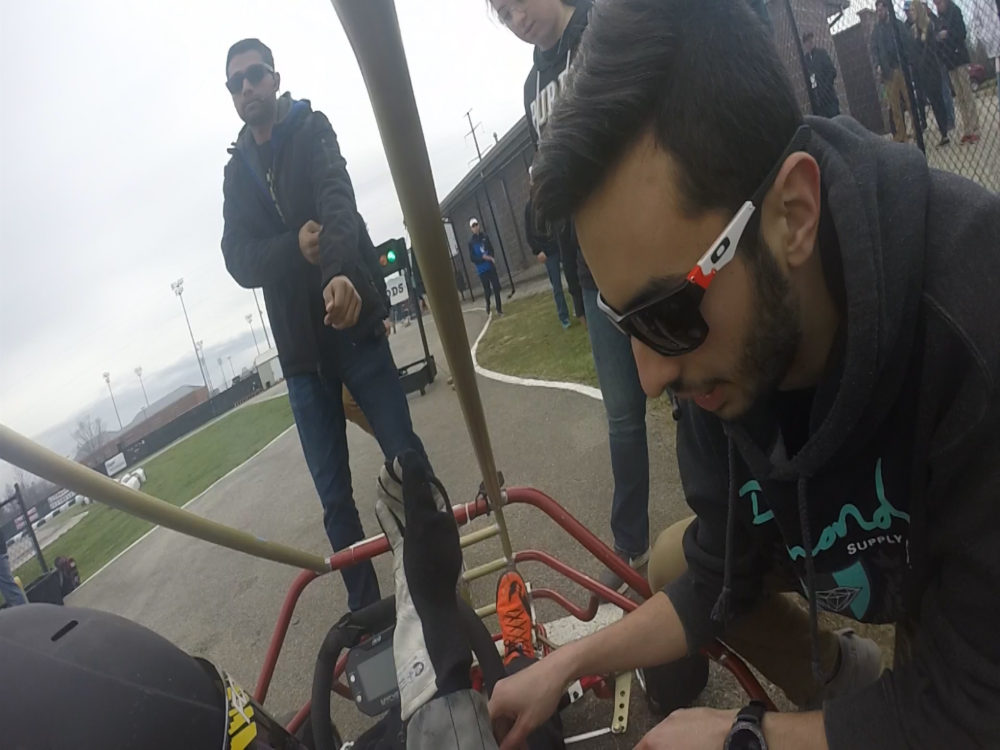 Billed as the greatest spectacle in college racing, the mid-April Grand Prix has been running since 1958. The 160-lap race offers participants an opportunity to engage in hands-on learning. It is also a fundraising effort.

“The motto is ‘students helping students’ so the Grand Prix Foundation raises money through our participation for scholarships that go out to various Purdue students,” Aditya Desai, a biomedical engineering major, explained.

The Honors College Racing Crew has 24 active members. They serve in a variety of roles, including race strategy, operations, engineering and data. The HCRC is one of Purdue’s only co-ed Grand Prix teams and is building a rather successful record. During its first two Grand Prix runs, it finished 5th and 7th among 33 teams.

Keyerleber says that diversity, as well as the interdisciplinary thinking strategies the Honors College promotes, has served her team well. By approaching problems from different angles and in different ways, she says the HCRC has a competitive advantage.

Honors College Racing Crew team members say they have received incredible support from University Residences and the Hall Club. The HCRC is funded solely by student club fees, donations and UR. With two karts racing, it is also seeking additional sponsors to help it compete at the highest level during the April 13 Grand Prix. To learn more, please contact the HCRC VP of Operations, LaRae Crenshaw at crenshal@purdue.edu